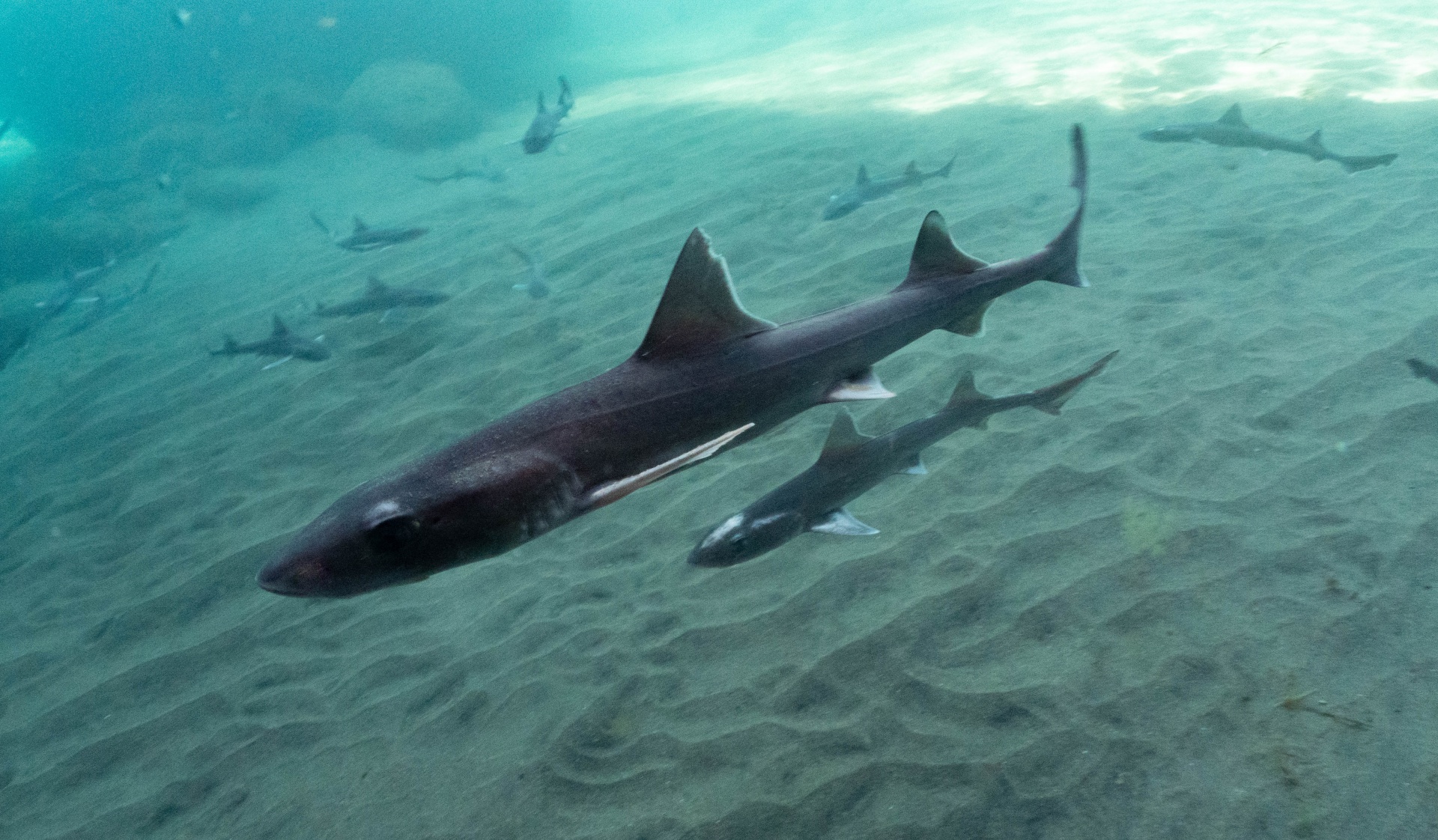 A ground-breaking study by IU-ECOAQUA, based on "citizen science", determines behavioural patterns and population structure of a coastal shark "cazón"

The research, developed by the Biodiversity and Conservation Group (BIOCON) of the University Institute ECOAQUA from the ULPGC, establishes the methodological basis for the analysis of scarce and evasive species such as sharks and rays, for which traditional biological methods are difficult- to apply

A study carried out by the Institute for Research in Sustainable Aquaculture and Marine Ecosystems (IU-ECOAQUA) of the University of Las Palmas de Gran Canaria (ULPGC), uses for the first time in the Canary Islands the 'local ecological knowledge' to determine behaviour patterns, population structure and abundance of a scarce and evasive marine species, as is the case of the coastal shark, Mustelus mustelus, popularly known as “cazón”. The species is consumed in the Canary Islands, being the popular "tollos", a typical gastronomic delicatessen of the Canarian cooking.

The work, published this week in the open access scientific journal 'Ecology and Evolution', has been able to determine, through 'citizen science', the presence of specimens living in each of the islands constituting the archipelago,  per island and age range, as well as the average depth at which they are observed, the times of year of greatest activity and the type of habitat (rocky, sandy, mixed) where individuals  of this coastal shark are found.

Methodologically, this research represent an alternative to traditional biological methods, thus facilitating the future study of elasmobranch species (sharks and rays) that are difficult to observe and study in the wild, due to the shyness and low abundance of their populations.

The first author of the scientific article is Fernando Espino and the senior author is Professor Fernando Tuya, head of the Biodiversity and Conservation Group (BIOCON) of the IU-ECOAQUA. In addition, the current director of IU-ECOAQUA and Professor of Biology, Ricardo Haroun; as well as other BIOCON researchers: Néstor Bosch and Francisco Otero-Ferrer; together with the researcher of the Applied Marine Ecology and Fisheries Research Group of the Faculty of Marine Sciences of the ULPGC, José Antonio González. 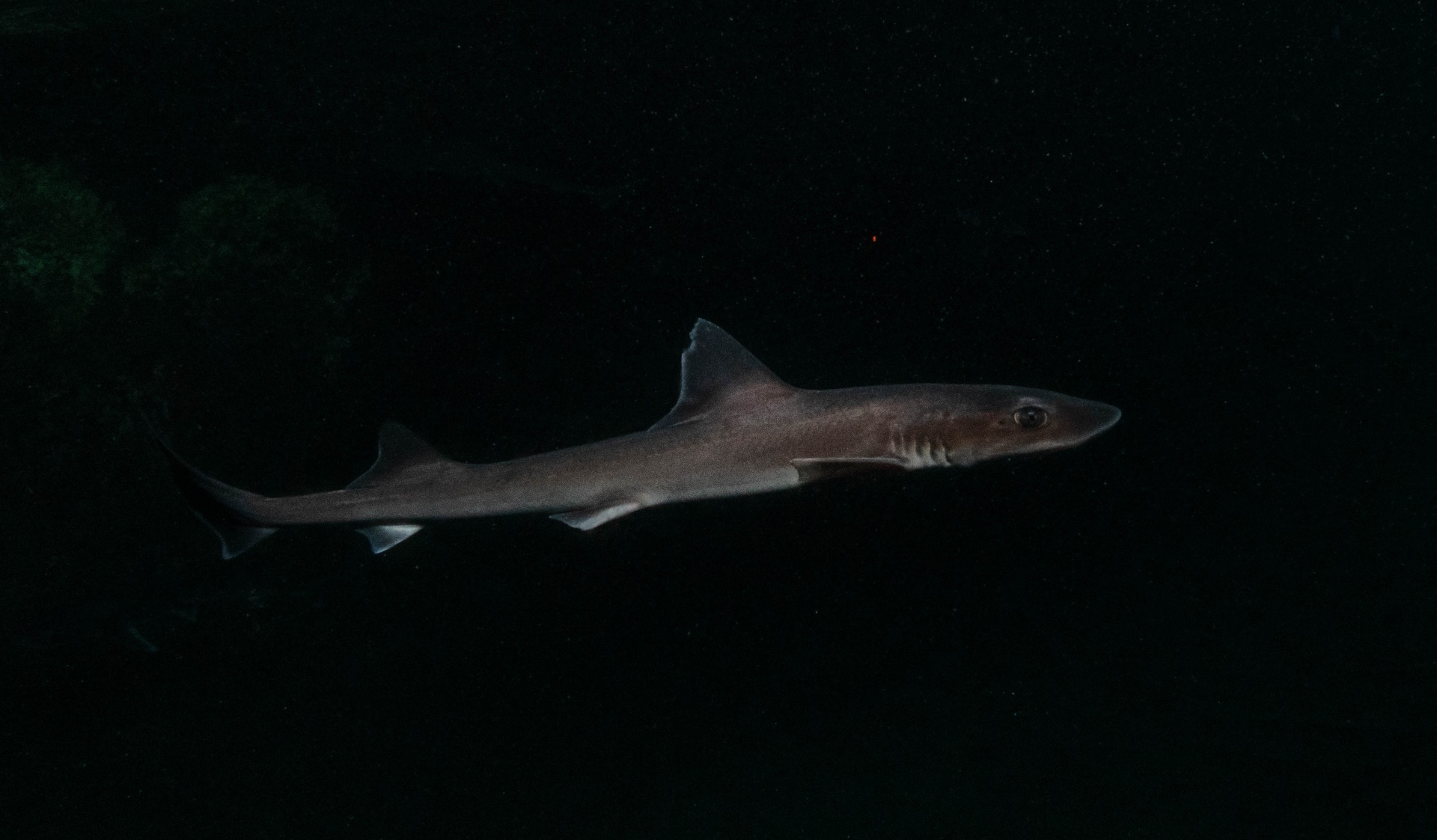 Among the conclusions reached by the research group is the idea that, according to the different patterns of abundance and distribution of the “cazón” from one island to another, "each island should have its own management and conservation program for the species, instead of a single plan for the whole archipelago," said Tuya.

This set of contributions has been evaluated and analysed by the scientific team in order to describe the patterns of abundance, distribution and life cycle of the “cazón”. This formula has produced some interesting and so far unknown results, such as the fact that the “cazones” have a have a certain degree of fidelity to certain areas, to which they return throughout the years, especially in the spring and summer seasons; or that this is a more abundant species in the eastern and central islands of the Canary Islands than in the western islands. This is also reflected in cultural legacies in the form of gastronomic heritage, with a larger number of recipes for preparing “cazón” in the islands where it is most abundant.

The work, in addition to not having received direct funding, has the particularity of having compiled the data used to describe the life cycle, population structure, reproductive periods or places that can be useful as 'nurseries' for subadults and juveniles of this species, through of the combination of interviews with users of the coastline of the seven Canary Islands (professional and recreational fishermen and recreational divers, as well as marine biologists, among others) and the historical gastronomic legacies, confirmed through the traditional gastronomic recipes typical of each island and data on fisheries landings at each island.

Mustelus mustelus, a shark popularly known as “cazón” in the Canary Islands, is not included in the national and Canary Islands catalogue of protected species, but it is considered a vulnerable species by the International Union for Conservation of Nature (IUCN).

It belongs to the Triakidae family, which inhabits the eastern Atlantic Ocean from the British Isles to Senegal, crossing Madeira and the Canary Islands, and also in the Mediterranean, between 5 and 625 meters depth (although they generally stay in a range of 5 to 50 meters). Although they can grow up to 2 meters in length, their usual maximum size is 150 centimetres (cm). They generally grow to a length of 100 to 120 cm with a length at birth of 35 cm. Its reproduction is viviparous.