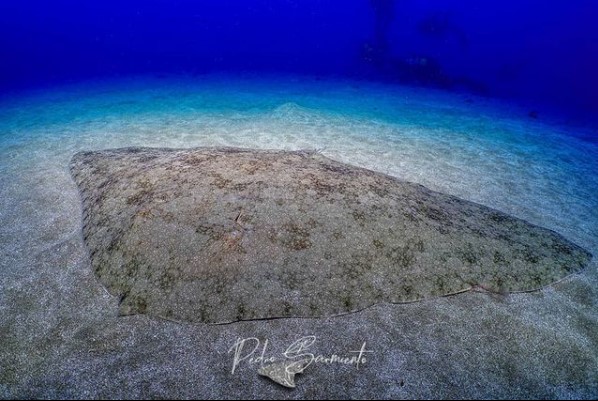 ABOUT RAYS OF PARADISE

RAYS OF PARADISE is a project that seeks to expand the knowledge about the spiny butterfly ray (Gymnura altavela) in the Canary Islands. In the same way, it seeks to achieve a better understanding of the patterns of distribution and abundance in the coastal zone of the Islands, in order to better manage and conserve the species.

The spiny butterfly ray is a species classified worldwide as vulnerable by the Red List of endangered species. This species has suffered a significant decline in its populations, mainly due to fishing pressure, both from the professional and recreational sectors, where they are caught as by-catch throughout the Atlantic Ocean including the Canary Islands area.

It started in 2017, RAYS OF PARADISE is part of the Save Our Seas Foundation's network of projects, which focuses on protecting life on the oceans, with a special emphasis on sharks and rays. It is also part of BIOMAR and BIOACU belonging to the CanBIO project, promoted by the Government of the Canary Islands and the Loro Parque Foundation.

The RAYS OF PARADISE project studies the spatial distribution patterns, population structure and abundance of the spiny butterfly rays, which are practically unknown in the archipelago. All these studies are being carried out off the Canary Islands coast, as specific breeding areas have been identified, as well as areas where manta rays are usually found in some of them.
The project is led by the BIOCON research group, which belongs to the University Institute for Research in Sustainable Aquaculture and Marine Ecosystems (IU-ECOAQUA) of the University of Las Palmas de Gran Canaria.
In addition to Dr. David Jiménez Alvarado, leader of the project, Dr. José Juan Castro, and PhD students Airam Guerra Marrero and Ana Espino Ruano, also from the BIOCON group, are also participating in the project.

Loro Parque Foundarion is an organisation focused on the conservation of wild species and their habitats, through environmental education, research and responsible breeding programmes. This is why it has become involved in the study and research of endangered elasmobranch species, such as the angelshark and the spiny butterfly ray.

Save Our Seas Foundation

Save Our Seas Foundation is an organisation that has focused on protecting life in the oceans since 2003, with a special emphasis on sharks and rays. Among the main objectives of this foundation is to try to support researchers, conservationists and environmental educators from all over the world in order to finance their projects and help them in their scientific development.

The collaboration between the Biodiversity and Conservation group (BIOCON) and the other research groups that make up the University Institute for Sustainable Aquaculture and Marine Ecosystems (IU-ECOAQUA), gives an interdisciplinary vision that allow to provide solutions to the different problems posed by the long-term strategy to support the sustainable growth of the marine and maritime sectors (Blue Growth), where is recognised the importance of caring the biodiversity of the seas and oceans, and their empowerment as drivers of the European economy due to their great potential for innovation and growth.

Social networks of the project

The IU ECOAQUA is a research centre that belongs to the University of Las Palmas de Gran Canaria, a public institution that offers a wide range of degrees in all the major areas of knowledge, with the aim of providing comprehensive training to those who come to it, in a commitment based on innovation, quality and internationalisation.