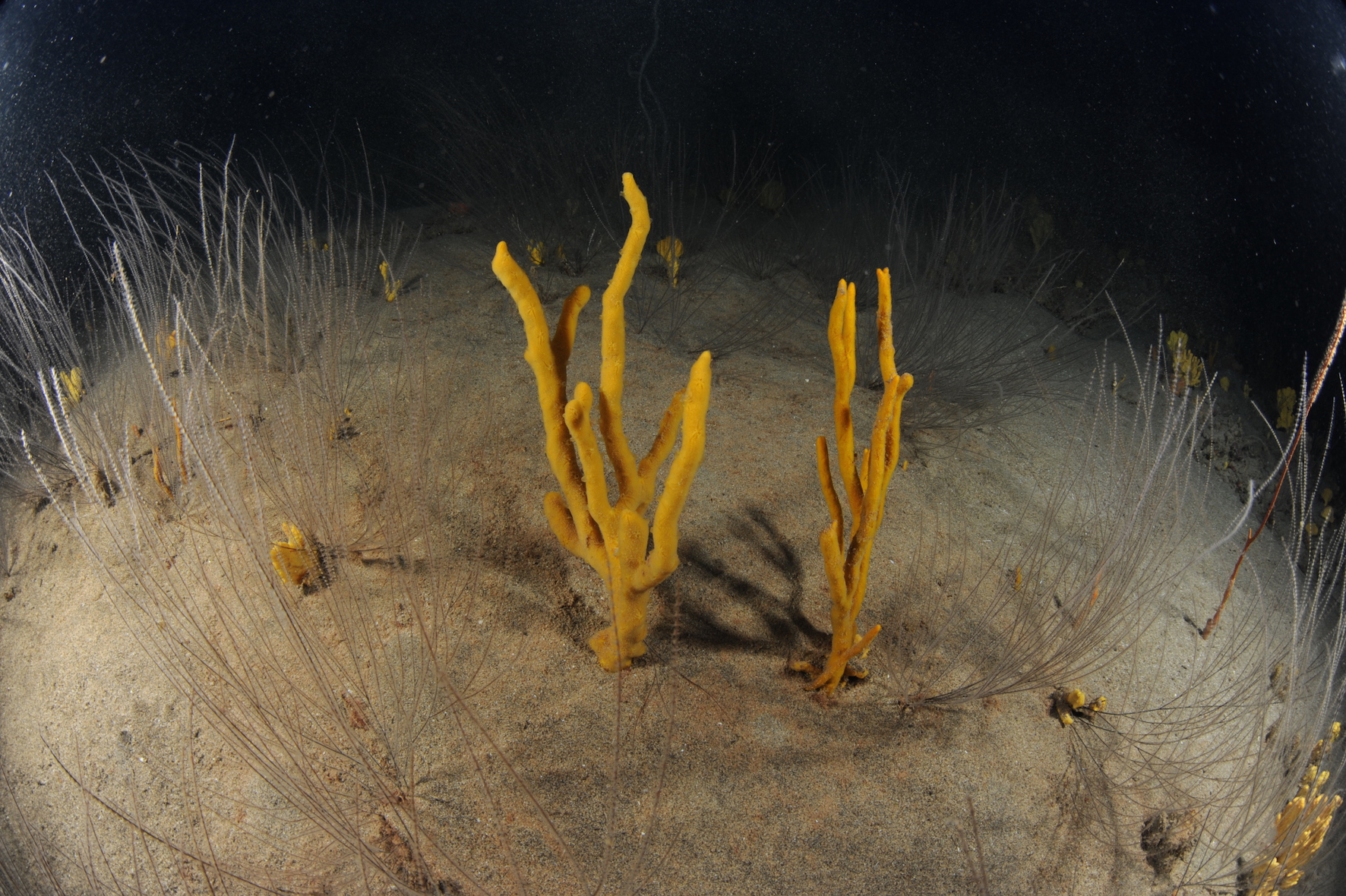 The Research about underwater black coral forests starts in Lanzarote

The pandemic situation forced a delay of several months in the beginning of the project fieldwork, which has finally started this week with the first explorations.  Dives focused on the area that will be subsequently mapped with a new method combining the side scan sonar and the multibeam echo sounder systems with video footage and deep explorations. The project will continue with new campaigns during the months of February and April.

These first works will help to determine the sampling methodology, to test the technological equipment employed to map the black coral forests, and to establish the working sites in where researchers will make the measurements.

In summary, B-CHARMED will perform an integrative ecological study of black coral forests  of the Macaronesia, using Lanzarote as a model area for the study, and the development of acoustic tools able to determine their coverage. The project is led by the Atlantic Biodiversity and Sustainability Association (ABAS), an association located in Gran Canaria, the Benthic Environment Ecogeochemistry Laboratory in Banyuls sur Mer (LECOB - France) and the Leibniz Institute for Baltic Sea Research in Warnemünde (IOW - Germany).

Three researchers participated in this first week of field work: Francisco Otero-Ferrer, principal investigator of the project, from the Atlantic Biodiversity and Sustainability Association (ABAS); Fernando Espino, associated to the University Institute of Sustainable Aquaculture and Marine Ecosystems (IU-ECOAQUA) of the University of Las Palmas de Gran Canaria (ULPGC), who participates as main collaborator in the project; together with Lorenzo Bramanti, researcher of the CNRS (National Center for Scientific Research) belonging to LECOB.

The B-CHARMED project (acronym for "The Black Coral forests as unexplored Biodiversity Hotspots in the MAcaronesian Region: ecosysteM functions and sErvices analyseD) will allow to understand the extent and importance of these unknown marine forests in Lanzarote.  Although black coral forests have been studied in depth in tropical countries, there is still much to be discovered about these ecosystems in Macaronesian waters, as is the case of those of the island of Lanzarote.

B-CHARMED is part of the European LIFE4BEST programme funded by the European Union's LIFE Programme, the French Office for Biodiversity (OFB) and the French Development Aid Agency (AFD).