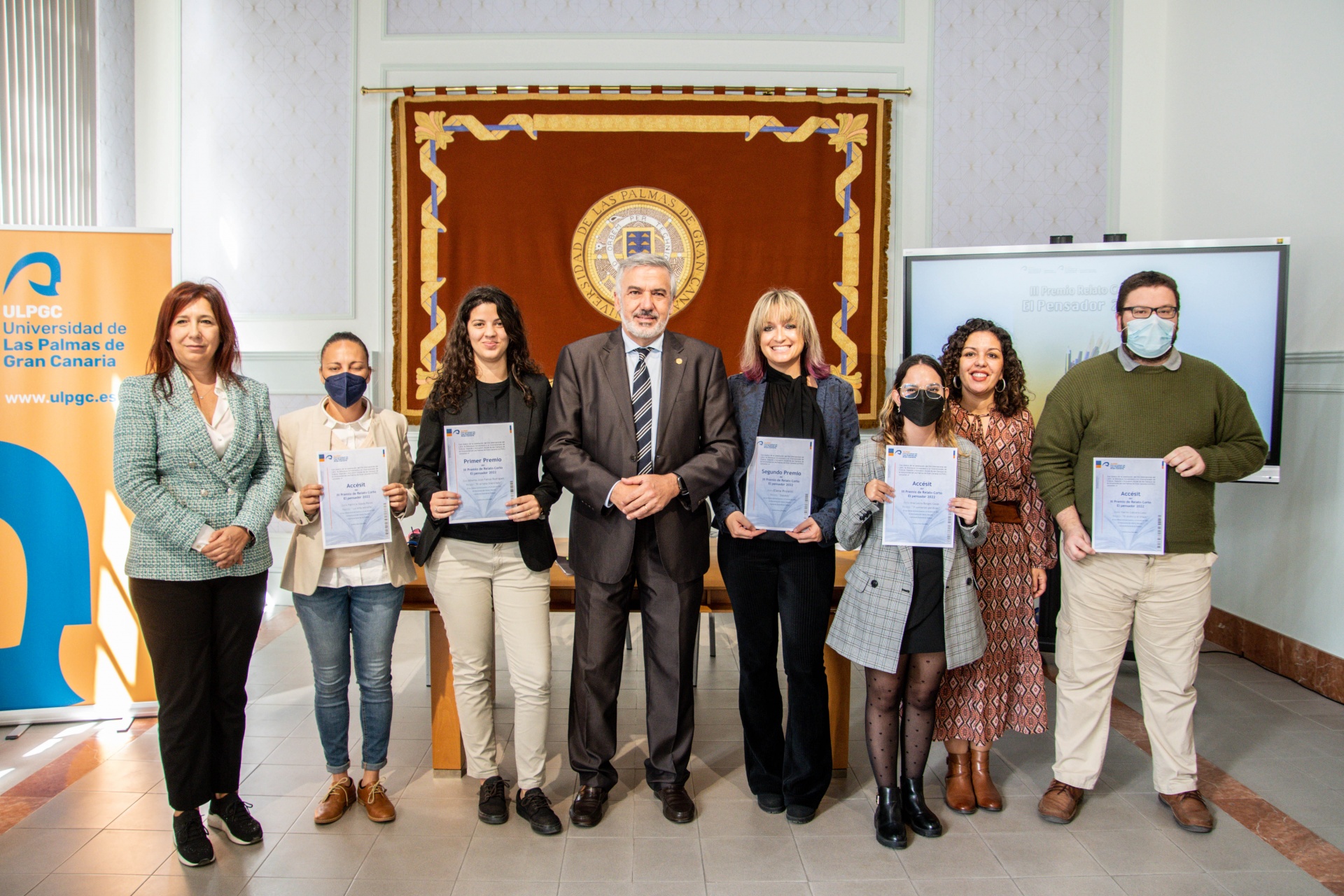 Last Thursday, April 28th, the Institutional Seat of the ULPGC hosted the awards presentation of the III Short Story Award 'El Pensador', organised by the University Library and the Vice-Chancellor for Culture, Sports and Social Activation of the Campuses.

The event was led by the Rector Lluís Serra, together with the Vice Chancellor for Culture, Sports and Campus Social Activation, Cristina Roca, and the Deputy Director of the University Library, Mariló Orihuela.

Elena Proietti, researcher of the TOTMA group of the Institute ECOAQUA from the ULPGC, won the second award of the event and obtains (200€ and certificate) for her work "Shoes". 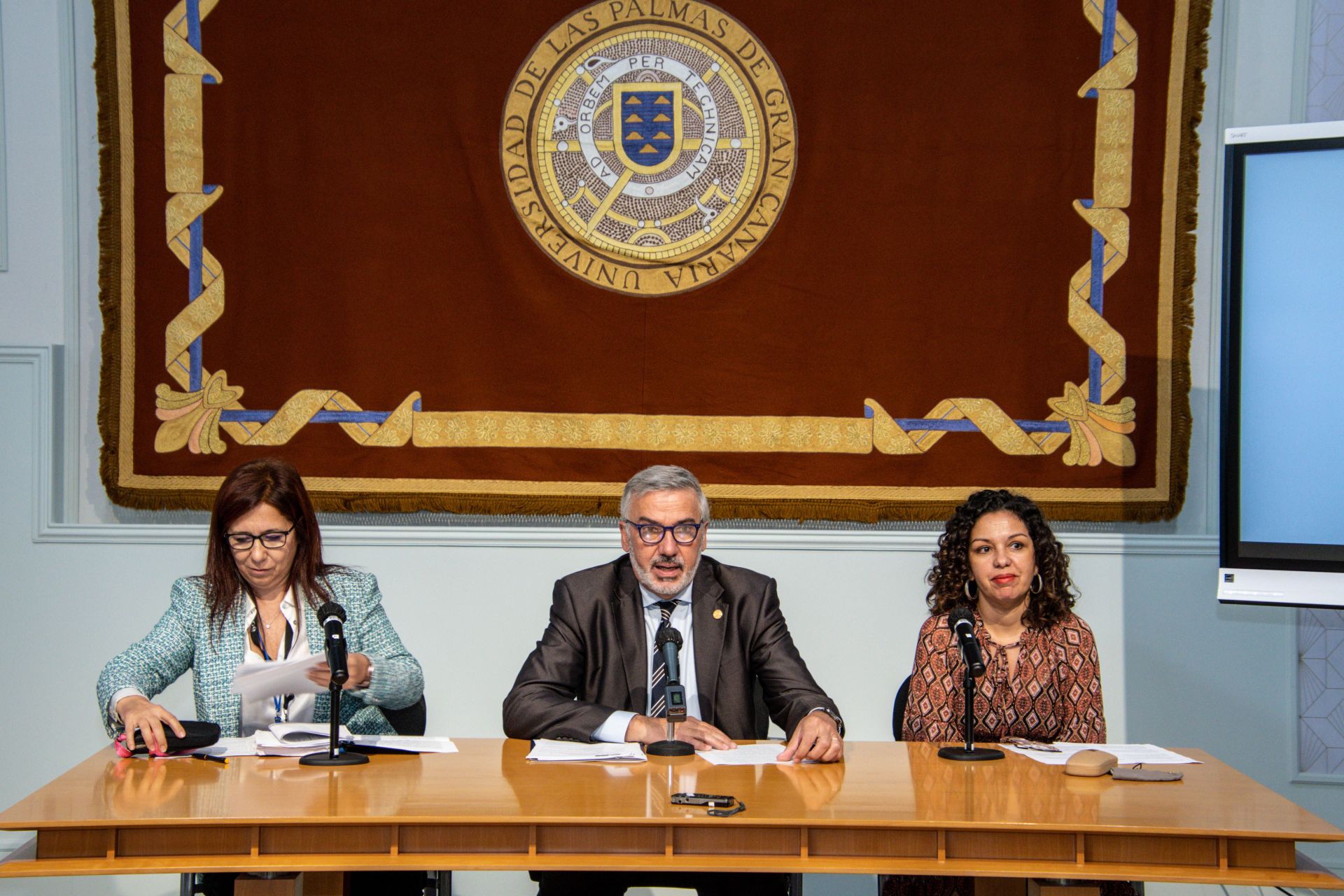 In total, five awards were presented, the remainder of which went to the below individuals:

-First runner-up (Certificate): "El bicho y el triaje" by the student of the Degree in Computer Engineering of the ULPGC, Ylermi Cabrera León

The five award-winning stories will be published and disseminated by the University Library through its webisite and the University Services website SUdocument@, as part of the El Pensador Short Story Awards collection.

Film of the event here.