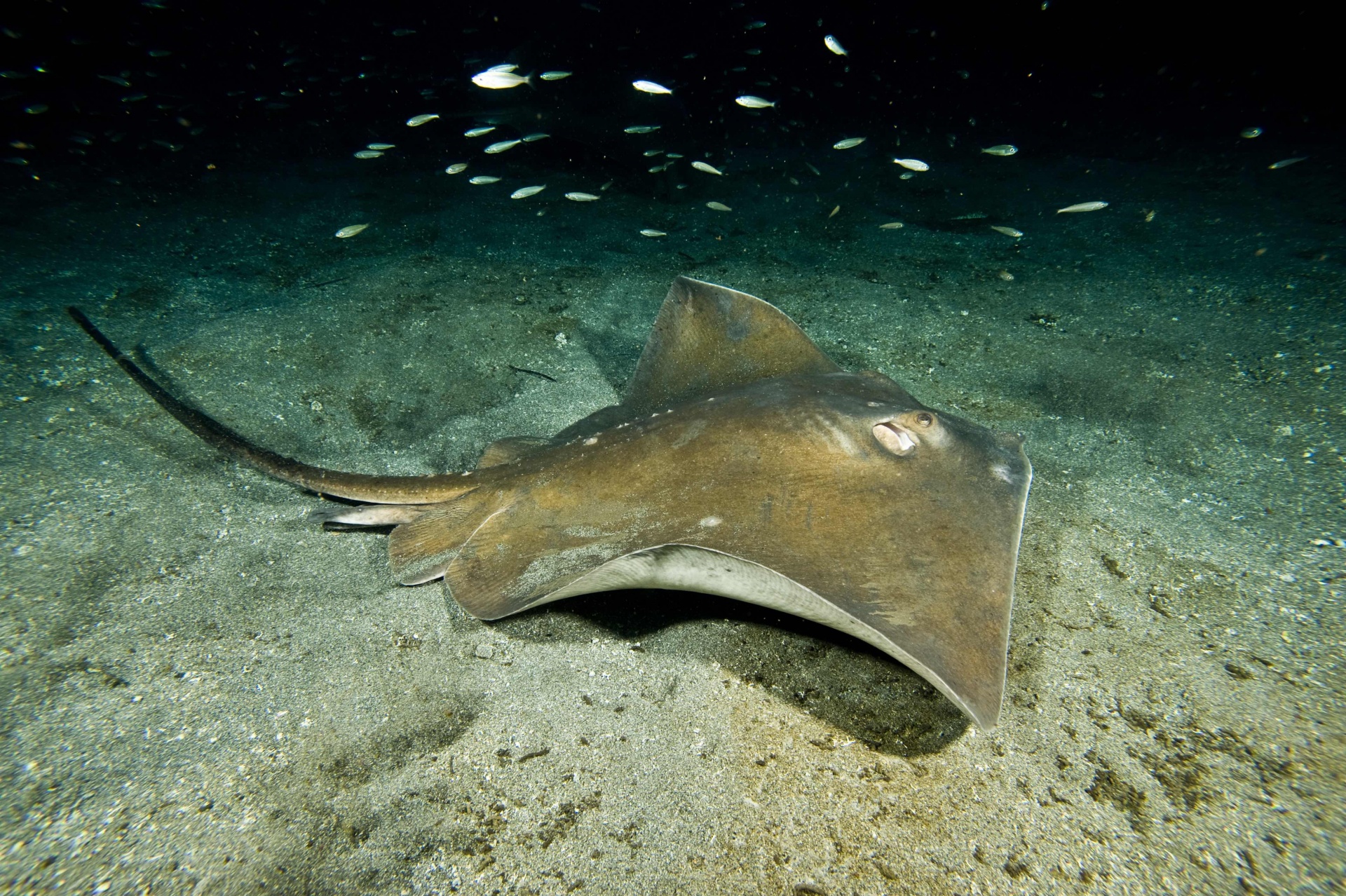 The study, whose main researcher is Fernando Tuya, from the University Institute ECOAQUA of the ULPGC, records and describes the distribution of a total of 11 species of batoids in the waters of the Canary Archipelago, including those commonly known as stingrays and rays.

The journal Ecology and Evolution reports on this analysis, which shows that these species, many of which are catalogued as endangered, are more abundant in the central and eastern islands of the Canary Islands, while sparser in the western islands, something that could drive the governmental strategy to be followed in the future in terms of management and conservation actions. The geomorphological characteristics of each island should be taken into account, rather than using a common framework for all islands, as is currently the case.

The research entitled ‘Differences in the occurrence and abundance of batoids across an oceanic archipelago using complementary data sources: Implications for conservation', published in Ecology and Evolution, considers that the island configuration, with separate volcanic edifices and different geomorphology, overlain by an oceanographic gradient, influences patterns of abundance and distribution of batoids, a superorder of cartilaginous fish containing more than 500 species, eleven of which have been recorded in this research.

These results have implications for the definition of future strategies for the management and conservation of these animals, as the study considers that "a global strategy for the archipelago makes no sense", as it "must be individualised for each island, depending on its geomorphological characteristics, the intensity of uses and the abundance of the species".

Fernando Tuya, director of the Biodiversity and Conservation group (BIOCON) of the University Institute for Research in Sustainable Aquaculture and Marine Ecosystems (IU-ECOAQUA) of the University of Las Palmas de Gran Canaria (ULPGC), is the principal investigator of the research, with the participation of Fernando Espino, David Jiménez-Alvarado, Juan José Castro, Fran Otero-Ferrer and Ricardo Haroun, also members of the BIOCON group of the IU-ECOAQUA; and Eva Meyers from the Alexander Koenig Zoological Research Museum (ZFMK); Ricardo Aguilar, from Oceana, and Néstor Echedey Bosch, from the Atlantic Biodiversity and Sustainability Association (ABAS).

Batoids, which include popular species such as stingrays (the most abundant ray fish in the archipelago) and manta rays, are marine animals that are particularly vulnerable to human actions. Due to their spectacular and striking appearance, they are highly appreciated by recreational divers. They are very difficult to study, as they are rare and hard to find.

This makes finding data to unravel their patterns of abundance and distribution over broad spatial scales very complex, making the conservation of these marine animals extremely difficult.

In addition, two of the batoids are considered "vulnerable": Dasyatis pastinaca and Raja maderenseis, and two have "insufficient data": Taeniurops grabata and Torpedo marmorata. One species, Bathytoshia lata, is of "Least Concern". All of them, eleven in total, were studied in the research led by IU-ECOAQUA.

For the study, data from visual surveys published in the last 30 years and citizen science observations (red PROMAR) in shallow waters (< 40 metres) were used. Videos recorded by an underwater robot in deep waters (60-700 metres), collected by the NGO Oceana, were also used to describe the distribution of the aforementioned total of 11 species throughout the Canary Islands.

In general, about 52% of the reported batoids were observed under marine cage farms, about 28% on reefs, about 12% in seagrass beds and another 7% on sandy bottoms, resulting in statistically significant differences. Contrary to these patterns, the only individual of the charismatic giant devil ray, Mobula mobular, was observed in the western islands.

Related posts
The IU-ECOAQUA participates in the effort to restore the Atlantic marine forests, supported by the Ministry of Innovation and Science
The RESTORESEAS project, with the scientific participation of the center of excellence of the ULPGC, is the only one with...
The IU-ECOAQUA detects in the Canary Islands the arrival of invasive algae that is wreaking havoc on the coasts of the Strait of Gibraltar
Researchers from the ULPGC warn that the Japanese species 'Rugulopteryx okamurae', of which up to 10,000 tonnes have had to be...
A ground-breaking study by IU-ECOAQUA, based on "citizen science", determines behavioural patterns and population structure of a coastal shark "cazón"
The research, developed by the Biodiversity and Conservation Group (BIOCON) of the University Institute ECOAQUA from the...
Cookie Policy