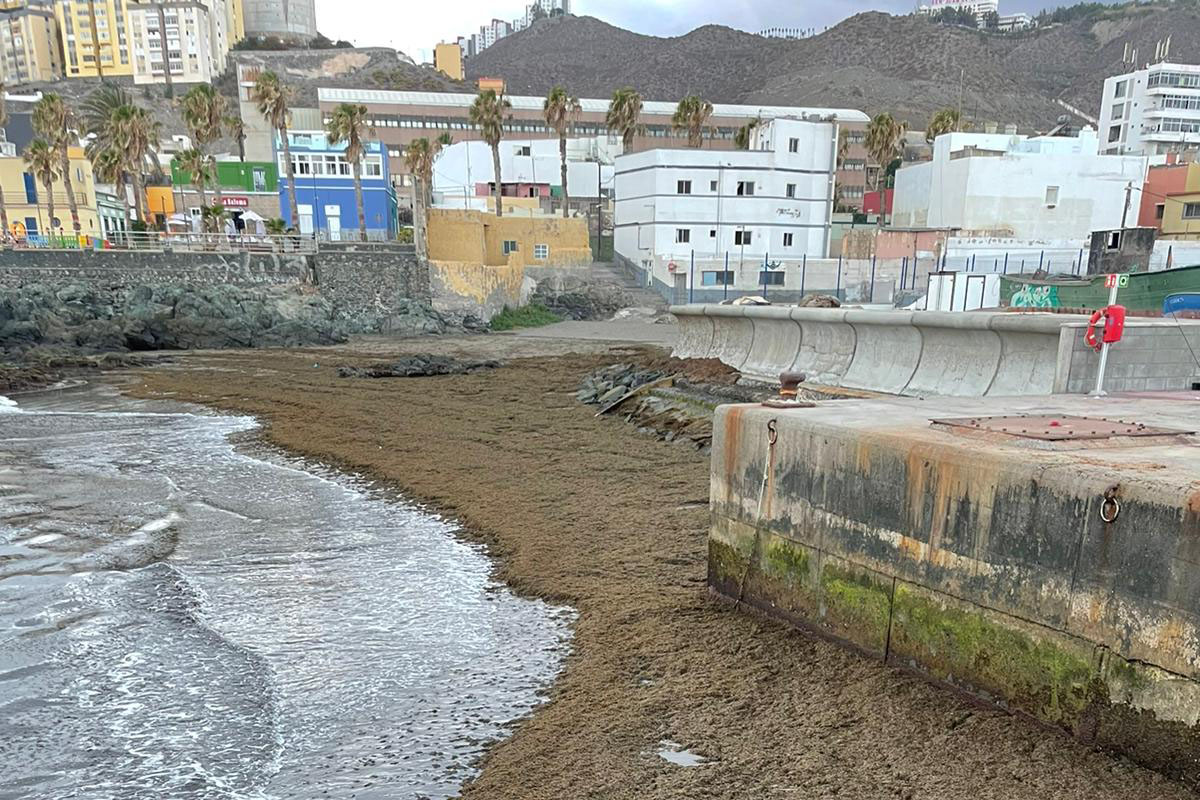 Researchers from the ULPGC warn that the Japanese species 'Rugulopteryx okamurae', of which up to 10,000 tonnes have had to be removed on the coasts of Malaga, Cadiz and Ceuta, is already in Gran Canaria

Researchers from the Institute for Research in Sustainable Aquaculture and Marine Ecosystems (IU-ECOAQUA) of the University of Las Palmas de Gran Canaria (ULPGC), have made public data indicating the presence in the Canary Islands of the 'Rugolopterix okamurae', an invasive algae species that is wreaking havoc in tourism and fishing activities in the provinces of Malaga, Cadiz and the autonomous city of Ceuta.

According to data collected and analyzed by Professor Ricardo Haroun, current acting director of the IU-ECOAQUA, and Professor Fernando Tuya, head of the Biodiversity and Conservation Group (BIOCON) of the same institute of the ULPGC, this dun algae of Japanese origin, is already present in "very extensive and settled" populations in different coastal areas of Gran Canaria.

Specifically, according to data analyzed in recent weeks, the invasive species has been observed in "massive accumulations" both at the seashore and floating on the water in the area of La Puntilla Beach and the San Cristobal Fishing Pier, where the scientific experts say that "more than 90% of the biomasses located correspond to specimens of this new species", in light of the morphological and anatomical characteristics of the specimens collected and awaiting for the genetic analysis that would definitively confirm its identity and origin. 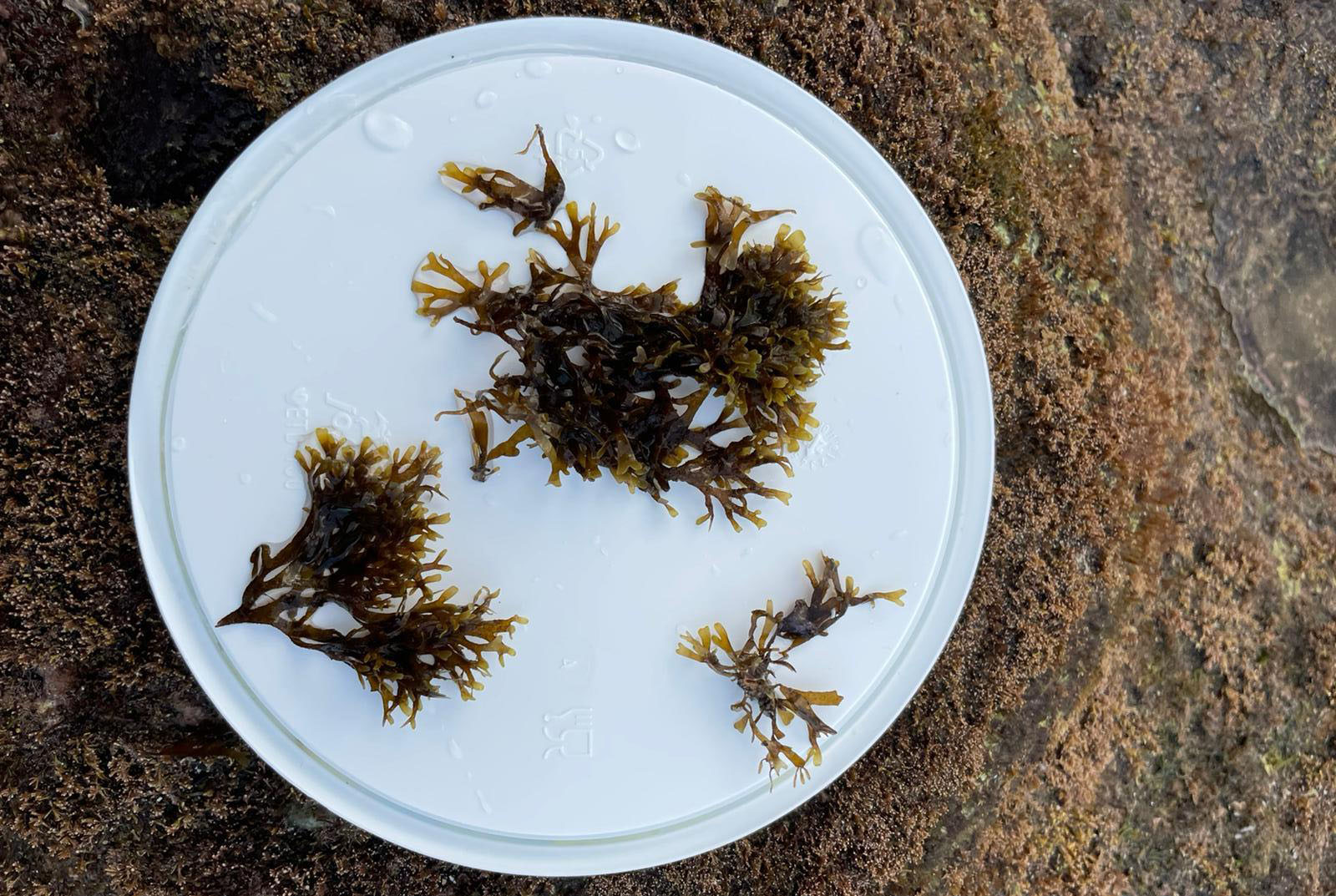 This is a species that has been causing serious environmental problems in the Strait of Gibraltar for several years, where more than 10,000 tonnes have been removed, generating economic coastal of up to 400,000 euros, as can be deduced from the information provided at the last Sectoral Conference on the Environment, during which a management strategy was approved to address this threat to the marine and coastal ecosystem for the damaged area of Andalucía.

In addition, according to IU-ECOAQUA scientists, this same species has already been detected on the coasts of the Açores and, more recently, in Madeira, coinciding, in all cases, with commercial maritime traffic as the main vector of transport and entry of the colonizing species in the damaged areas.

Its strong biological, ecological and socioeconomic impact, especially affecting the professional fishing sector, has alarmed the Ministry for Ecological Transition and the Demographic Challenge led by Minister Teresa Ribera at the state level. For this reason, last Thursday, July 28th, the main authority of institutional dialogue between the autonomous regions and the central government in environmental subjects expressed the need to determine the current and predictive distribution of the species, as well as the development of an updated analysis of its ecological and economic impacts and the development of actions to raise public awareness about this problem, urging inter-administrative coordination to minimize the effects caused by the invasive algae.

The ULPGC researchers have been working on this line since the location of the first specimens of this species in the foreshore of La Laja (Las Palmas de Gran Canaria), which led them to carry out detailed visits to different parts of the coastline of the islands of Gran Canaria, Fuerteventura and Lanzarote, locating the exotic species mainly between San Cristóbal and Melenara. 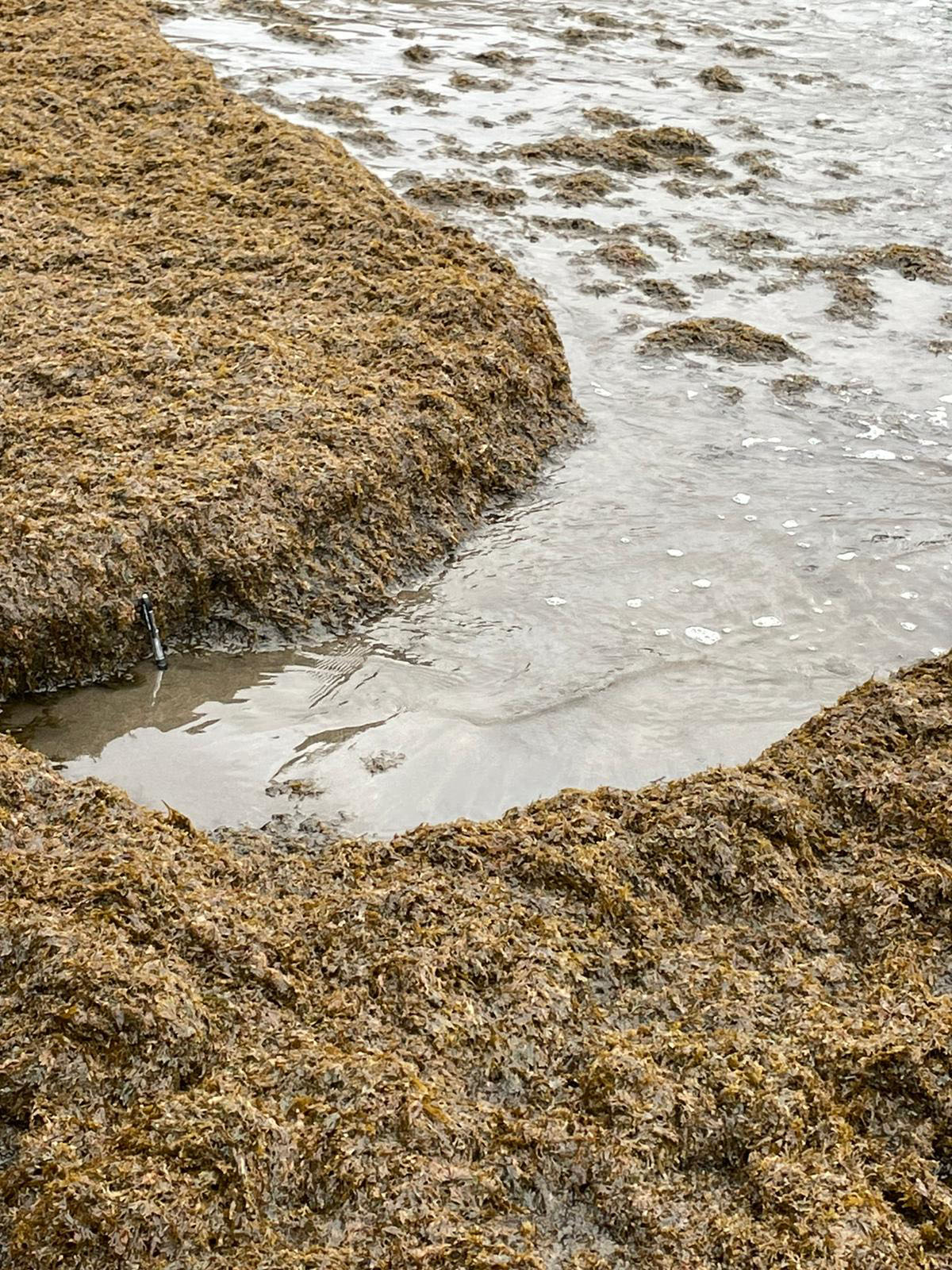 However, the IU-ECOAQUA experts do not discard the presence of this dun algae in other parts of the coastline of the Canary Islands, as could be the coast environment of the Port of Santa Cruz de Tenerife, which they consider at risk, given the high commercial maritime traffic that exists between it and the south of the Iberian Peninsula.

According to scientists, the behaviour of this species represents a serious threat to the marine ecosystems of the Canary Islands, because of its fast growth, able to replace the native species of the islands.

For this reason, the ULPGC research center has wanted to warn about the potential negative effects that this invasive species can have on the Canary ecosystems, recommending that the necessary public administrative measures be taken to monitor the already settled populations, as well as to identify the possible presence of other populations in initial colonization processes in other areas of the archipelago, taking control measures or other nature.