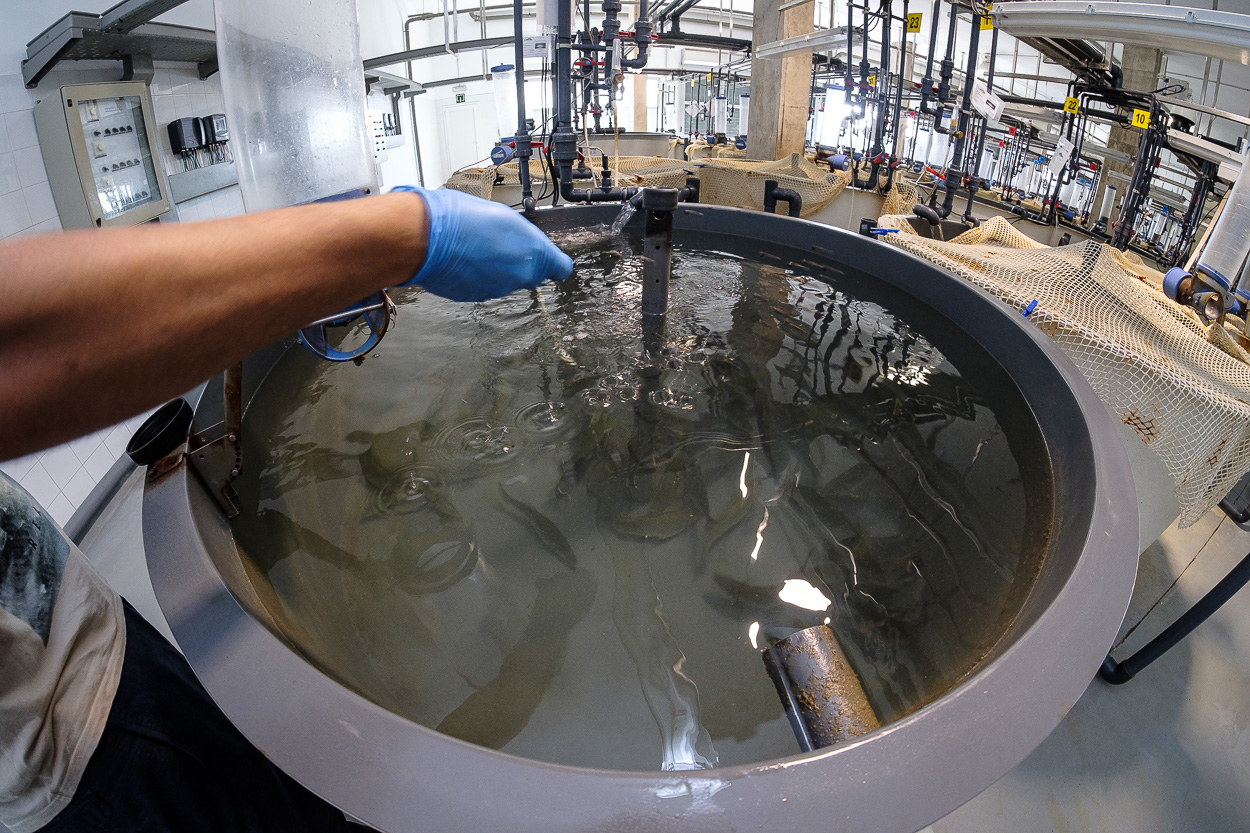 During its development, Dr. Daniel Montero presented the results of the AQUAIMPACT project, which will allow increasing the profitability of the sector based on genetic selection and the use of appropriate diets, while Professor Marisol Izquierdo had an exclusive session to explain the progress of the European PerformFISH project

The Institute for Research in Sustainable Aquaculture and Marine Ecosystems (IU- ECOAQUA) of the University of Las Palmas de Gran Canaria has presented its latest advances in the fields of nutrition and animal welfare, circular economy, microplastics and marine spatial planning in the framework of the European Congress on Aquaculture 2022, held in the city of Rimini (Italy) at the end of September.

Specifically, during his presentation, Dr. Daniel Montero presented some results of the AquaIMPACT project, which verify that the genetic selection of sea bream and sea bass specimens, and working with an appropriate diet, strengthens their immune system making them more resistant to diseases in relation to non-selected specimens.

The genetic selection with a suitable diet helps to produce "stronger, healthier, more nutritious and efficient fish", with a better distribution of resources and also allowing significantly improving feed utilization by the fish the needs of consumers to the maximum, underlines the scientific coordinator of the aquaculture facilities of the IU-ECOAQUA.

In his opinion, the results are very encouraging with regard to multiplying the benefits of companies dedicated to aquaculture, "since it would allow avoiding the breeding of non-genetically selected species, which are weaker and susceptible to a greater number and rejected by the consumer at the same time improve the quality of the species for human consumption by optimizing their nutritional and healthy qualities with a lower use of resources". 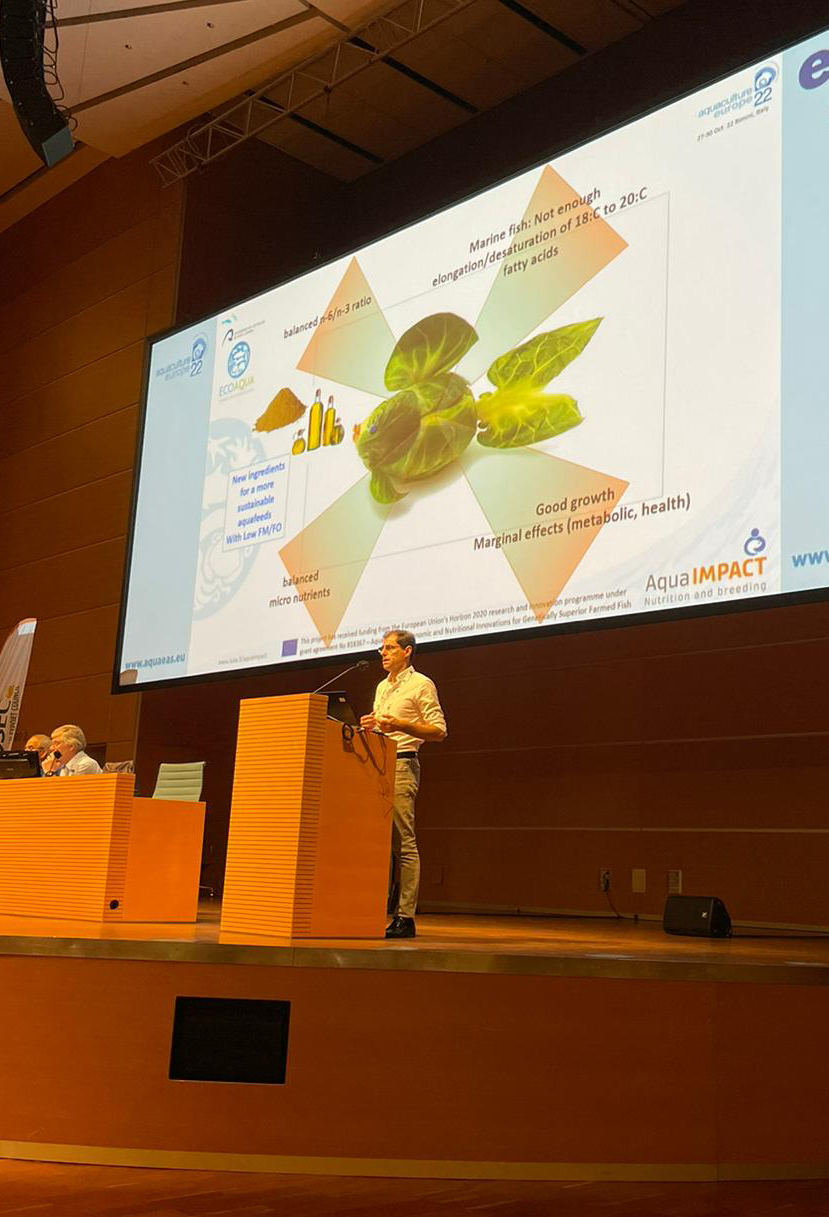 The IU-ECOAQUA made a total of 11 oral presentations, in which findings related to the sustainability of European aquaculture were presented. It also carried out a session entirely dedicated to the European PerformFISH project, which presented the advances on the formulation of diets designed with a more balanced content of micronutrients and minerals, to make them more efficient and better accepted by aquaculture farmed species.

This project, which has been developed during the last 5 years in European countries of the Mediterranean, has as scientific coordinator the Spanish professor Marisol Izquierdo from the ULPGC. In this session, there was also a debate on the Code of Responsible Conduct jointly devised by all the Mediterranean Aquaculture Associations and scientists from European centers of excellence.

Marisol Izquierdo also coordinated a second session dedicated to Fish Nutrition and Feeding, while the director of the ECOAQUA Institute, Ricardo Haroun, representing the BIOCON group, presented the progress made by the PLASMAR+ project and MarSP project regarding Marine Spatial Planning in Macaronesia.

In the ePoster modality, IU-ECOAQUA presented at the European Aquaculture Congress 5 papers related to the blue circular economy and to the improvement of functional feeds combined with the genetics of farmed species. 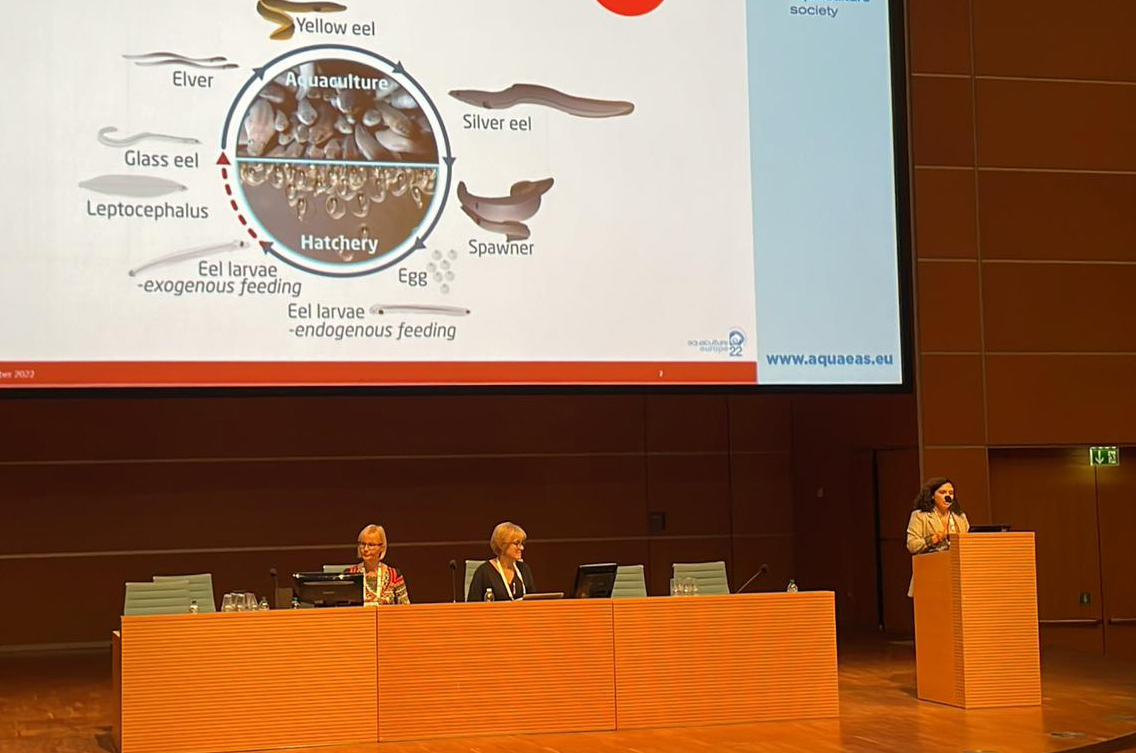 In addition to Daniel Montero, Marisol Izquierdo and Ricardo Haroun, other researchers from the institute, such as Gercende Courtois de Viçose, David Domínguez Montesdeoca, Yiyen Tseng, Sivagurunathan Ulaganathan and Zachary Dellacqua, travelled to Rimini. The latter three researchers are involved in the Marie Curie BioMedAqua European PhD program, which uses fish as models for studies of bone problems in humans and fish.

Their presentations, which show some of the work being carried out at the research center, have demonstrated the quality and good reception at international level, both at the level of research centers and among the main companies linked to the aquaculture sector, of the achievements made by IU-ECOAQUA researchers in relation to the promotion of sustainable development of aquaculture from an ecosystemic approach.

The Research Center is a multidisciplinary institute formed by 4 research groups (GIA, BIOCON, EOMAR and TOTMA which gathers experts from different areas with proven experience in cooperation and development of basic and applied research projects both nationally and internationally.