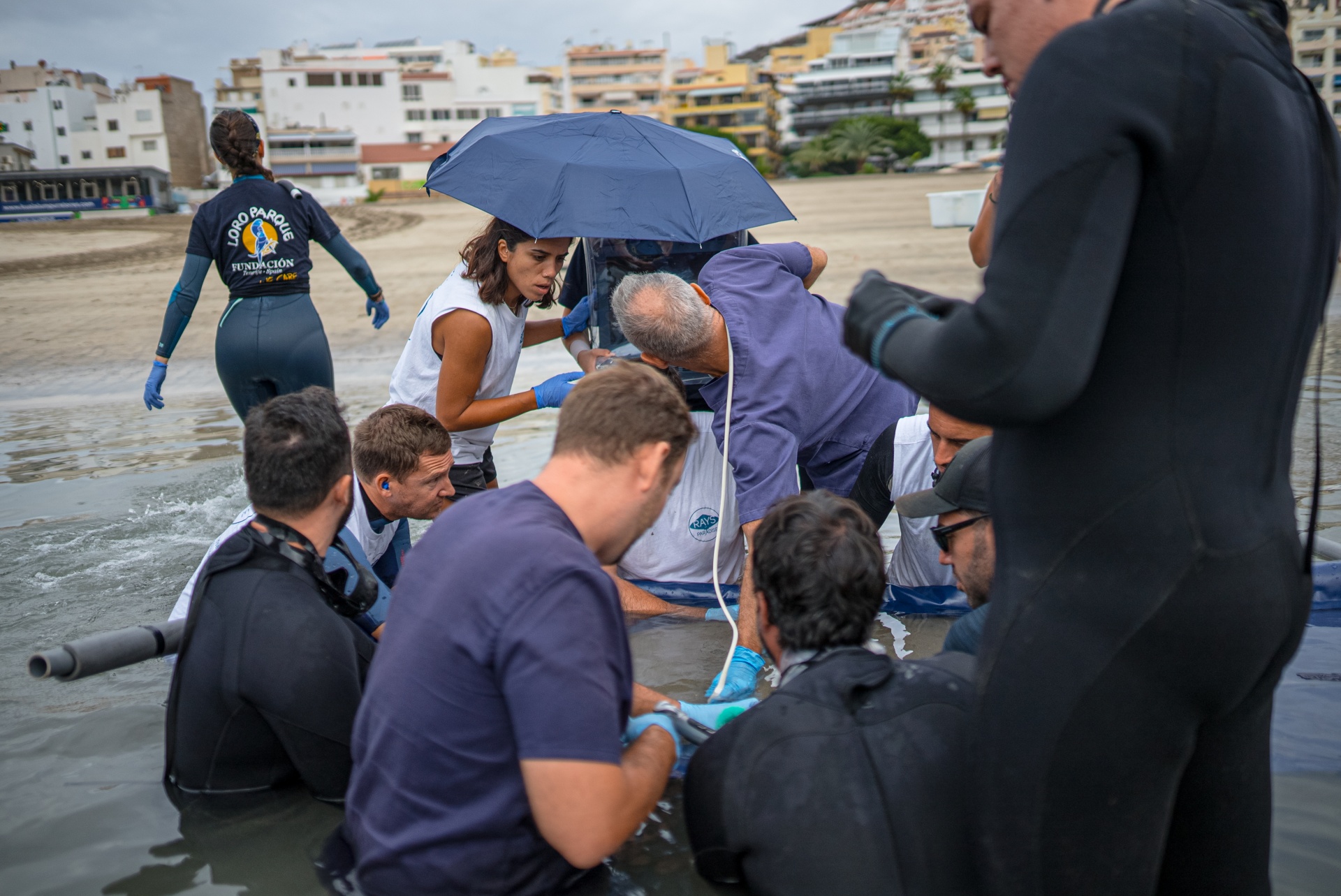 CanBIO, a collaborative, scientific, public-private project, funded by the Government of the Canary Islands and Loro Parque and aim is to preserve marine ecosystems, continues to advance and meet its objectives, which have been in progress since 2018 and will be extended until the end of this year.

For the third consecutive year, and inside this large scale program, which includes other areas, scientific work is being carried out on butterfly rays, a species of ray, peculiar for its slow swimming in calm waters and critically endangered in Europe. In addition to the development of new handling, marking and measuring techniques, there is an important milestone, highlighted by the director of Loro Parque Fundación, Javier Almunia: “This is the first time in history that a portable ultrasound scanner has been used to diagnose the gestational stage of this critically endangered species in Europe, and also the first time that blood samples have been taken to determine its hormonal parameters, among other values”. 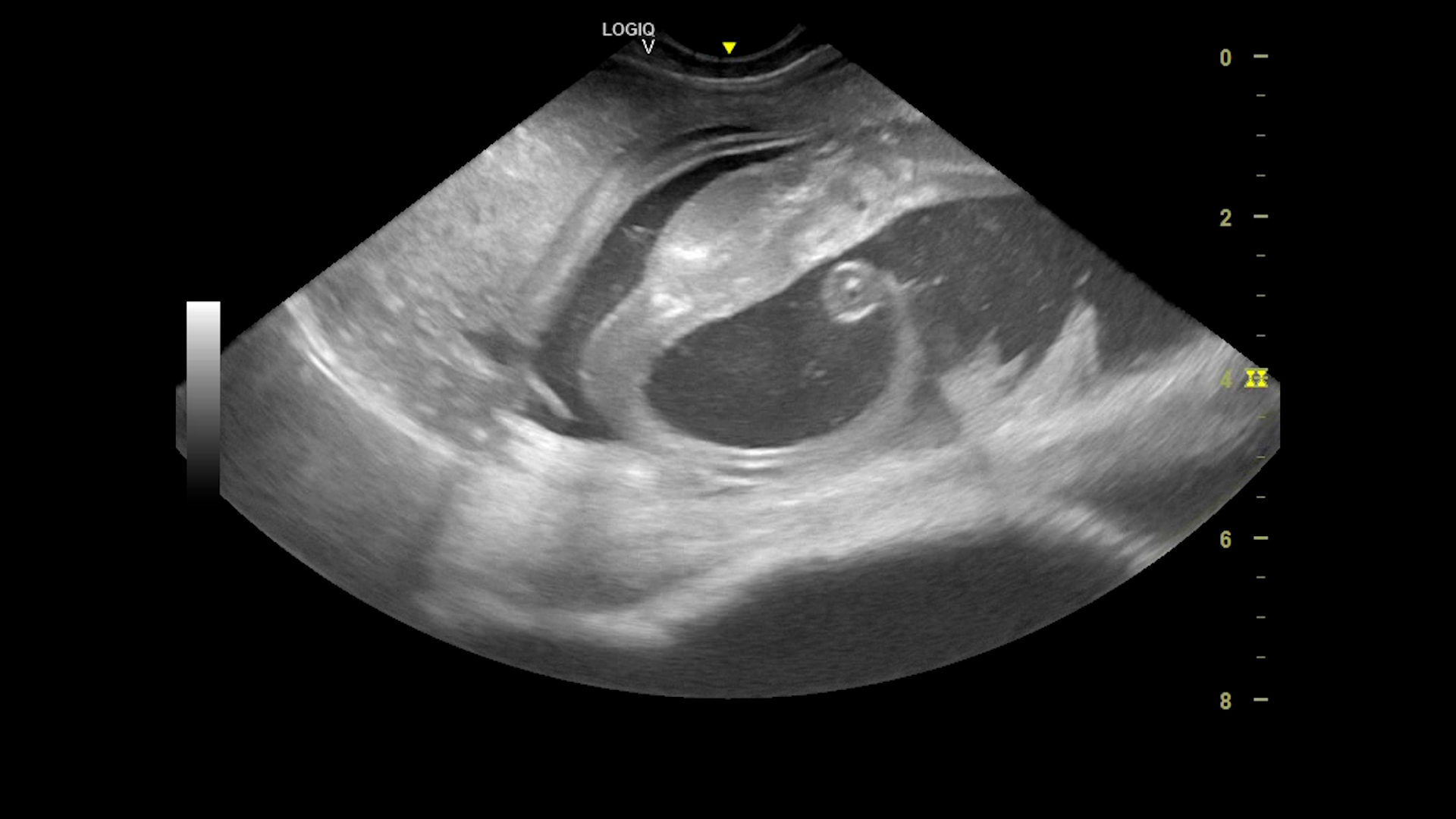 Coordinated by the Loro Parque Foundation, the environmental research program CanBIO presents the study of climate change in the sea and ocean acidification and its effects on marine biodiversity in the Canary Islands and Macaronesia. The Rays of Paradise project, together with researchers from the Ecoaqua University Institute of the University of Las Palmas de Gran Canaria, is participating in the butterfly ray conservation project.

David Jiménez, PhD in Marine Sciences, head of the Rays of Paradise project, and other participating scientists explain from Los Cristianos, Tenerife, that this is the third year that they are working with the butterfly rays, addressing the management, marking and measurement of the butterfly ray to know its habitat preference, on and out of the beach, its state of health, genetic aspects, biochemical and hematological parameters and if different populations of this species are found, if they are interrelated or isolated.

A network of detectors has been installed along the coast, both in Tenerife and Gran Canaria, which, through internal and external marking (with acoustic and visual marks) will make it possible to know their position whenever they pass near a receiver. In this way it is possible to know their movement habits.

With these studies, in which veterinarians and carers of the aquariums of Loro Parque and Poema del Mar also play an important role, it is possible to better understand the health status of these wild animals and make comparisons with those under human care at Poema del Mar.

In one of the ultrasound scans, one of the females was found to have six offspring in a completely non invasive way thanks to the ultrasound scanner. These data were previously obtained by dissecting the specimens fished, so it represents a great advance in the conservation of the species. These works could be carried out thanks to the permits granted to Rays of Paradise by the Ministry of Ecological Transition, which have also allowed to place acoustic marks on more than a hundred specimens of this species that has in the Canary Islands one of its last strongholds, highlighted the director of Loro Parque Fundación.

Loro Parque, an animal embassy with 50 years of history, has the largest and most diverse parrot reserve in the world, as well as species and ecosystems from five continents. The institution, together with Loro Parque Fundación, has a firm commitment to the conservation of biodiversity in the Canary Islands and reinforces the role of modern zoological centers accredited as protectors of endangered wildlife.

The Park has been awarded the Plaque and Gold Medal for Tourist Merit by the Government of Spain and the Gold Medal of the Government of the Canary Islands, among other awards. In addition, it has been recognised with the Prince Felipe Award for Business Excellence and is the only zoo in Europe with the "Human Certified" Animal Welfare Certification from the American Humane organization.