The MAC-RODO project, led by the Atlantic Biodiversity and Sustainability Association (ABAS) with the collaboration of researchers from the ECOAQUA University Institute of the ULPGC, will map the distribution of these habitats formed by red algae to determine their extension, and carry out experiments to determine their capacity to sequester carbon dioxide.

The MAC-RODO project, acronym for 'MACaronesian RhODOliths: Ecosystem Functions and Services', aims to boost the knowledge about the ecosystem services of rhodolith beds in the Macaronesian region. Rhodolith beds are formed by free-living red algae, growing unattached to the ocean seafloor forming nodules. These 'ecosystem engineers' can occupy large areas of the coastline and when they die they can be transported by currents and tides to nearby beaches, thus contributing to the generation of sand, something colloquially known in the Canary Islands as 'confite', which gives its name to the famous bay of El Confital, in Las Palmas de Gran Canaria.

The main objectives of this scientific initiative are the mapping of these rhodolith beds in Macaronesia, in situ experiments to quantify carbon uptake and empirical studies in the laboratory to estimate the sensitivity and vulnerability of these marine ecosystems to anthropogenic impacts such as increased nutrients or light deprivation.

Led by the Atlantic Biodiversity and Sustainability Association (ABAS), a non-governmental organization from Las Palmas de Gran Canaria, in collaboration with the University Institute of Aquaculture and Sustainable Marine Ecosystems (IU-ECOAQUA) of the University of Las Palmas de Gran Canaria (ULPGC), this project seeks to investigate the growth and true extent of these algae which, despite being considered a priority habitat for conservation by the European Union (EU) given their role in supporting associated biodiversity and their possible contribution to mitigating the effects of global change, not much is known about them yet.

The first project activities, aimed at developing the technology that will allow to determine the extension of these marine ecosystems, started at the end of March with the first mapping campaign of these important habitats on Madeira Island, in collaboration with researchers from AMACO (Madeira Association for Marine Conservation), whose M3C (Madeira Maërl Mapping and Conservation) project, also funded by the European initiative LIFE4BEST, which is also committed to the preservation of these ecosystems.

The mapping activities were carried out in the area of the Cabo Girao Marine Natural Park using a Side Scan Sonar, a technology that allows characterizing the type of ocean seafloor and the extent of habitats of interest such as rhodolith beds.

Otero Ferrer highlights the "importance of increasing the knowledge of these 'ecosystem engineers', as well as their sensitivity to local human impacts such as pollution or overexploitation of resources".

The rhodolith skeleton is formed by calcium carbonate, so they can potentially play an important role in climate change mitigation, as well as providing habitat for a diverse array of species: from primary producers like algae that live anchored to them to small invertebrates that seek shelter in their cavities and form an essential link in marine trophodynamics. 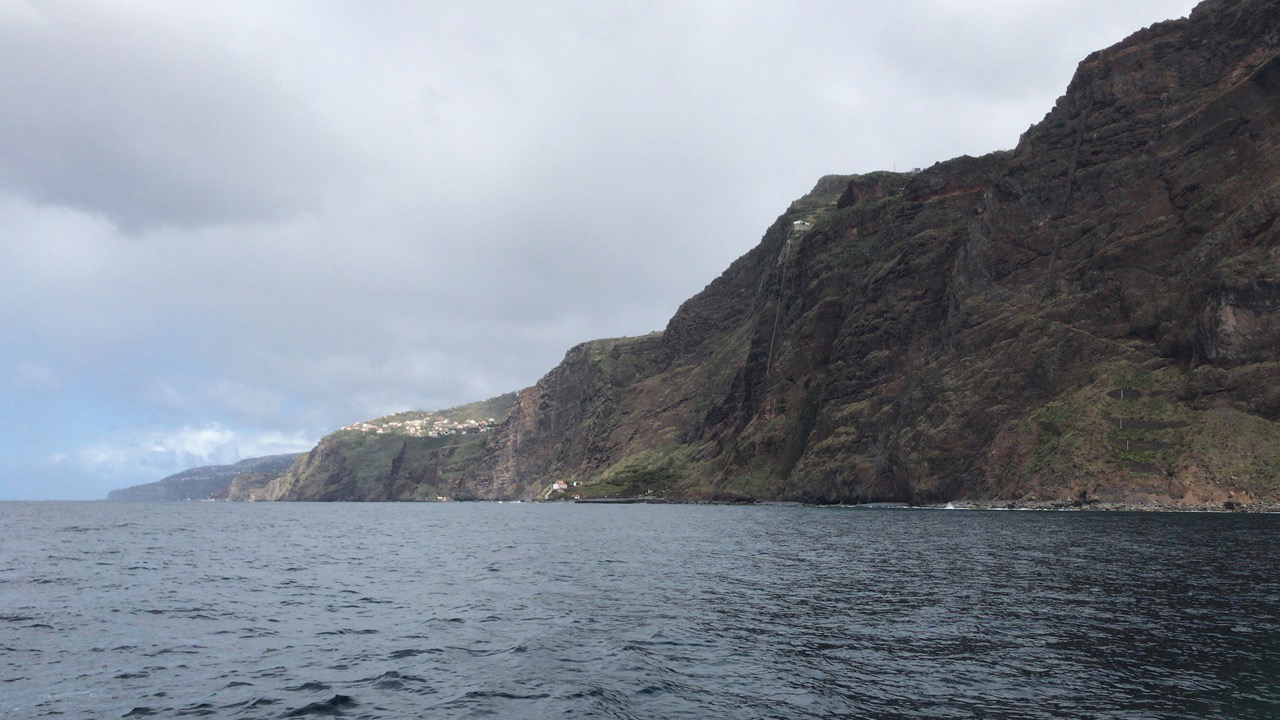 Marcial Cosme de Esteban researcher from IU-ECOAQUA, who travelled to Madeira with Francisco Otero, explains the advantages of this system as a tool to understand the distribution of marine habitats, and thus improve the planning and design of marine protected areas in the Macaronesian region: "To know something allows us to understand it and thus protect it effectively by creating Marine Protected Areas. Side Scan Sonar is a very effective tool, because it allows us to map habitats, knowing their distribution and extent. In MAC-RODO we are trying to develop its potential in the mapping rhodolith beds, where it has been used very little to date", he points out.

The work carried out covered a total area of 192 hectares, confirming part of the large extensions of rhodolith beds already described, from shallow areas to depths near 55 meters. In the next months, the data collected will be analysed to corroborate if these rhodolith "fields" extend beyond the limits described so far.

MAC-RODO, with a duration of 12 months, has been funded by the European LIFE4BEST program, financed by the European Union's LIFE Program for the Environment and Climate Action, the French Biodiversity Office (OFB) and the French Development Agency (AFD), with approximately 40,000€.