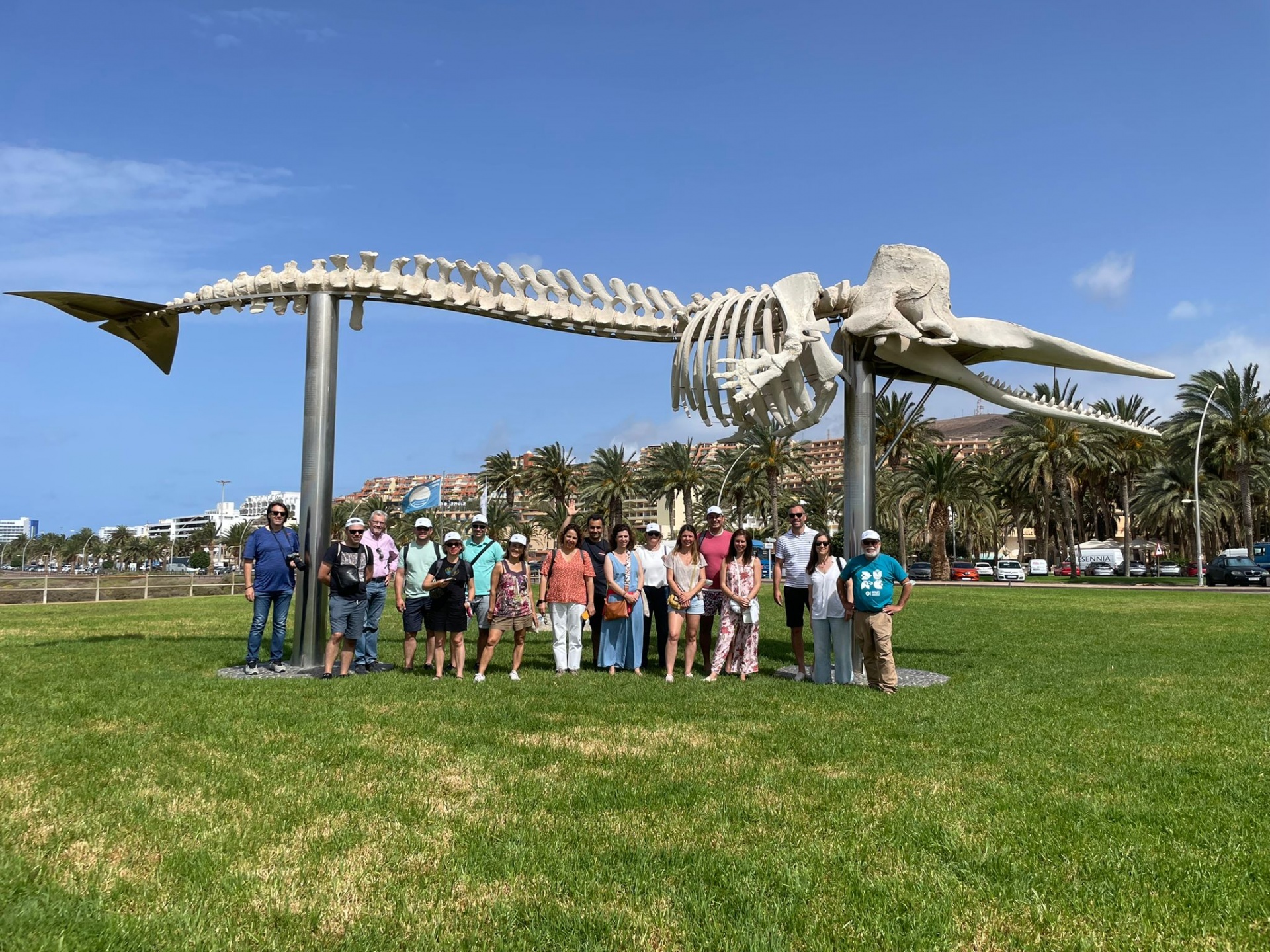 Fuerteventura gathers this week international partners of the CAPonLITTER project

The island will present the best practices applied in the Biosphere Reserve have potential for transfer to other countries as contributions to prevent the marine debris generated by tourism and recreational activities in bathing areas.

This international programme, leaded in Spain by the Biodiversity and Conservation Gruop (BIOCON) of the Institute for Research in Sustainable Aquaculture and Marine Ecosystems (IU-ECOAQUA) from the University of Las Palmas de Gran Canaria (ULPGC), is funded by Interreg Europe, and its area of implementation is Fuerteventura island, counting with a budget of some 185,000 euros for its intervention in the Canary Islands from 2019 to 2023.

The choice of Fuerteventura as the intervention area is based on the continuous support of the island to the reduction of the use of plastics and advocates to be a sustainable destination with 'zero plastic', as required by citizens and European institutions. The reference policy instrument with which the IU-ECOAQUA has worked with the Cabildo Insular is the Strategic Tourism Plan of Fuerteventura, following agreement by the Interreg Europe Secretariat. The Fuerteventura Biosphere Reserve has also been selected as a member of the Zero Plastic Working Group of the World Network of Island and Coastal Biosphere Reserves (ZERO PLASTIC). 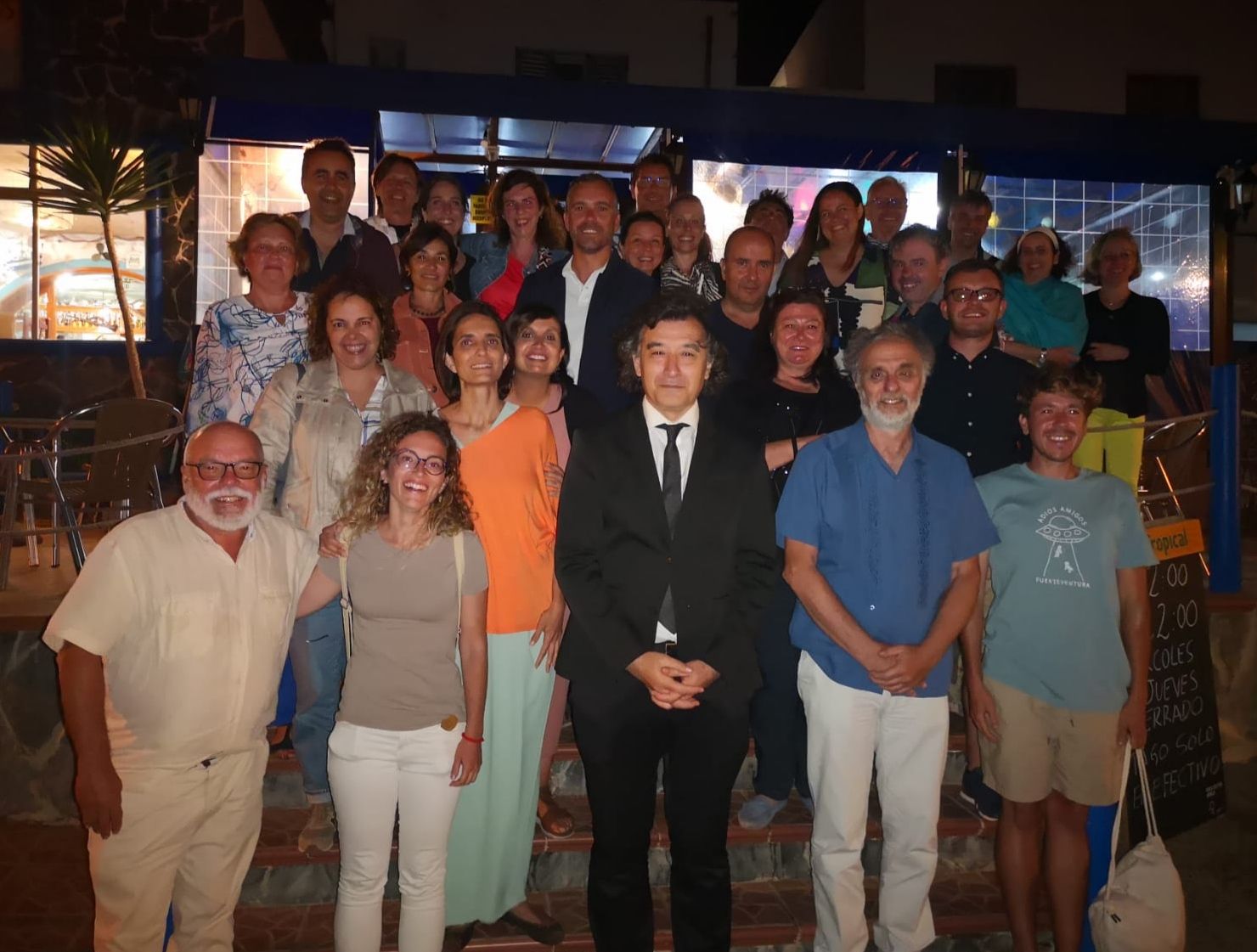 In the center of the picture, the vice chancellor of Internationalization, Mobility and International Projection of the ULPGC, Jin Taira, together with the director of the CAPonLITTER project in the Canary Islands, Ricardo Haroun, and the director-manager of the Fuerteventura Biosphere Reserve, Tony Gallardo, accompanying the group of international partners and agents during their visit.

The programme of the visit, which took place from Monday to Wednesday, has tried to further develop those best practices identified during the development of the project that could be transferred between different countries.

To achieve this challenge, CAPonLITTER has promoted the exchange of experiences, best practices and existing knowledge at interregional level between partners, promoting mutual learning and exploring ways to integrate them into local and regional policies for the implementation of best practices, with the active participation of key actors. This visit of European experts to the Archipelago belongs to this learning process, being this the time to show the improvements and policies that have been implemented in Fuerteventura in the prevention of marine debris on the coast of this tourist island.

In this sense, it is necessary to underline the transfer that the Marine Litter Observatory (OBAM) of the Fuerteventura Biosphere Reserve has carried out with great success, based on the interregional learning from the Blue Bag experience originally developed in Croatia, and which has been used as an example during the visits.

The aim of OBAM is to reduce and classify marine litter that arrives at the coast of Fuerteventura. As an essential part of its activities, it contributes to the collection of the data needed for the generation of scientific knowledge, thanks to the synergies and alliances with associations, fishermen, universities and administration. 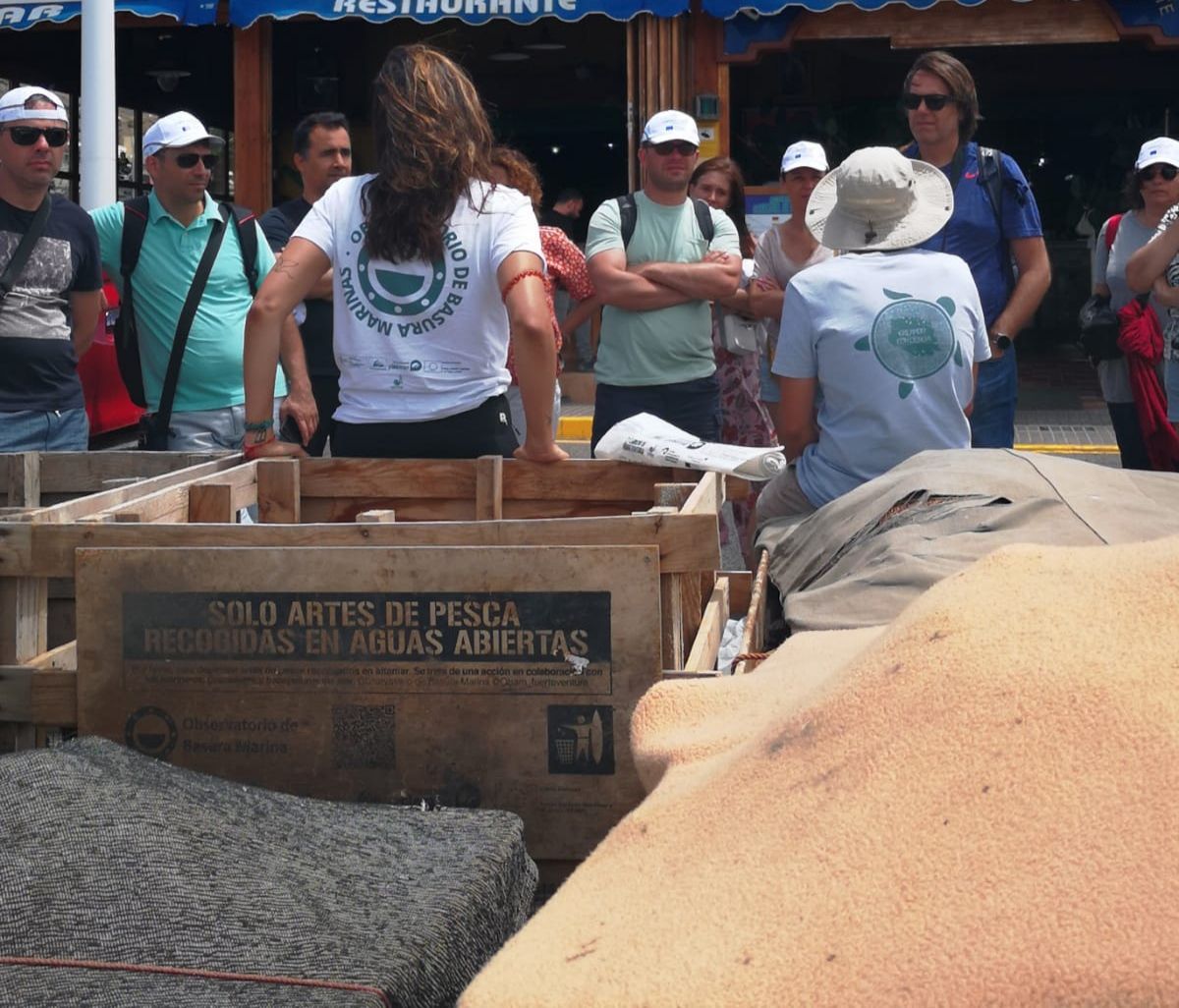 The director of the Marine Litter Observatory, Barbara Abaroa, explains to the different partners and agents of CAPonLITTER, during her visit to Fuerteventura, the best practice Blue Bag, transferred from Croatia to Fuerteventura.

Through the learning provided by CAPonLITTER after Blue Bag practice was shared by the Croatian partner, the collection of marine litter promoted by OBAM is being carried out through a recycled bag. This bag has a printed space for the identification of the area where the marine litter was collected and of the agent carrying out the collection –who, for improved monitoring, is to indicate whether he belongs to an association or is engaged in another activity–. During the visit to Fuerteventura, the Croatian partners have been able to verify the success of their transfer and the good implementation of this practice on the island.

It should be underlined that the work articulated by the CAPonLITTER Project in Fuerteventura is carried out in close collaboration with the Cabildo of Fuerteventura –through the Tourism and Environmental Sustainability departments–, as well as with the Fuerteventura Biosphere Reserve and the Marine Litter Observatory.

This event in the island closes a period of intense learning experiences by the partner regions of the project (Portugal, Spain, France, Croatia, Greece, Bulgaria, Germany and the Netherlands) and its key stakeholders, promoting responsible behaviour, both by coastal authorities and by users and entrepreneurship of economic activities related to tourism and recreation in coastal areas.